“A word fitly spoken is like apples of gold in a setting of silver.” Proverbs 25:11 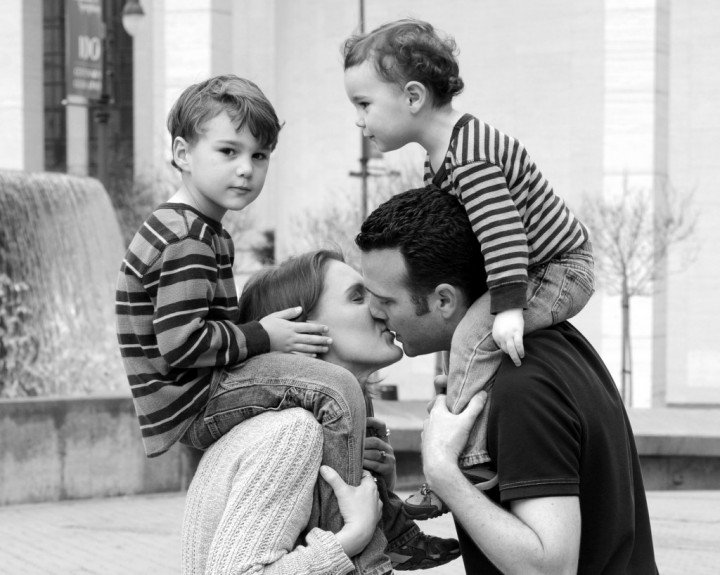 A Story of PCOS

Michael and I met in 5th grade Sunday school class; he was the quiet one and I was the social butterfly.  We began dating the summer between 9th and 10th grade.  Michael proposed and we were married on August 18, 2001.

We started the new adventure of life as a young married couple with a move, which led us across the country leaving all family and friends in Michigan.  After being married a few years we decided it was time to start a family and my plan was laid out.  I wanted to be a stay-at-home mom to my first boy by 30 and my second son by 32.

Needless to say God’s plan did not match mine.

Right before we seriously started trying to conceive my OB doctor moved and I saw his partner who ran some basic blood work during a physical.  I wasn’t happy with this new doctor, so I took the blood work results to another doctor I was referred to.

At 26 years old, I was sitting in a new office with a new (female) doctor and within 5 minutes she looked at test results, then looked at me and said,

“You will never get pregnant by yourself, you have PCOS.”

In hysterics I ran out of her office trying to breathe and make it to my car.  I called my husband and said, “What is she talking abou?t We have not even started trying, can she be right?”

I never went back to that doctor and it took another year before I would see another OB doctor.

Years went by as we waited and I saw the ‘big 30’ coming faster and faster.  Michael could see I wasn’t happy and I needed to find myself. So in 2006 he let me quit my job with no plan.  After a few weeks I started volunteering at Ronald McDonald House where I met this sweet little manager named, Lesli.    We began talking and I found out about her Christian Infertility Support Group and I said, “I wish you were in Michigan to help my friend”.  (I had a friend who had struggled through many miscarriages.)

In August 2007, Michael took us on our 6th wedding anniversary trip to Mustang Island.  As we returned from the trip I told him “I feel pregnant.”  Waiting the 2 week-wait was torture, but the blood test confirmed I was pregnant.  However, the second blood test confirmed the pregnancy would not be viable.  Six days before my 30th birthday I miscarried our first baby.  Devastation, anger, confusion, jealousy were all emotions that ran through my heart and body.

I thought, why would God give me part of my plan just to take it away?

Looking back on my journey, God knew where he was putting me and whom I needed in my life to reach out to during this part of my journey.  With my new OB, Dr. James Burkhead, we began monitoring our monthly cycles and tried the drug, Clomid for 2 cycles.

After lots of prayers and talks with my husband, Michael and Dr. Burkhead, we all agreed a fertility specialist was needed.

While participating in Lesli’s infertility support group she had the motto “2008 is Great”, which I printed and placed all over the house.  For 2009, the motto was “2009 is Divine!” I had it printed and was planning to put the motto up when the New Year began.

On New Year’s Day, my husband Michael got up to go golfing. I was still in bed, so when he got  he had changed my signs, my motto from “2008 is Great” and replacing it with “2009 is Divine” in its place.   But his sign was the words to the song God of this City , but with a twist. He used his own words  “Greater things have yet to come, and greater things are still to be done in this family.”  This was his way of telling me he was on the same page and ready for me to see the doctor again.

This time I was referred to Dr. Craig Witz by a co-worker and it was a great match from the beginning.  He was not pushy and listened to what I was concerned about.  After talking to me for almost an hour he performed an ultrasound to confirm what I had been told so many years before.  I do have PCOS, but never did he say, “That was a problem.”  The ultrasound showed each ovary had follicles wrapped around them almost like a pearl necklace.  We started with natural tracking of my cycles to see if they were positive or negative.  For 5 months we had negative cycles. The tracking included vaginal ultrasounds every other day for a week, each month.

When the month of April came that happened to be a positive month. I was given Clomid and told to take it the following week.  It just so happened we were scheduled to go to Mexico for a destination wedding that week.  Since my family had no idea we were seeking a fertility specialist or taking Clomid, it was not fun trying to hide to medicine and all its’ side effects that came with it.

Then the wait game…

And after the 2 weeks-wait, I took a pregnancy test and had 2 lines!

But I thought to myself, “Was it for real?”

Again so many emotions. I was not wanting to get too excited or attached, but wanting to have faith.

But praise God! I had a healthy pregnancy and a healthy boy on January 4, 2010.

I was still working on the relationship with God and asking the question, “Why did I have to go through this?” and “What do I do now for you, God?”

My journey showed me God has everything in His hands, in His timing. He knows what we need before we need it.  Looking back God had guided every step of my path, but I just wasn’t seeing it.  I needed His plan to break my plan for my life, to bring me closer to Him and my husband.

I started volunteering for the HOPE Christian Infertility Support group I participated in, in order to give back to the women who were struggling. I wanted to let them see there is another side of the story, but I was still very cautious with what I shared.  I

in 2011, Lesli asked for each volunteer on the team to take one month and teach/speak at the HOPE infertility support group meeting.  This was totally not my thing. I don’t get up in front of people and talk about me.  Yet that still small voice, the Holy Spirit said, “ Lacey tell Lesli you will do it and you will take September.”  I tried to leave the meeting without saying anything, but that still small voice got louder! But I thought to myself,  “September is the hardest month for me God. “ When I told Lesli I would speak it was if a weight was lifted off of me and I immediately felt peace.

On September 1, 2011 I stood before my infertility support group ladies and shared my testimony and two of my favorite songs.  That night I also shared the miracle God had blessed us with; baby #2 was on the way!  I was 10 ½ weeks pregnant and we had not even seen a fertility specialist or taken any medicine for this pregnancy.  God blessed us with a second son born on March 2, 2012. Becoming a mother at 33 and 35 instead of 30 and 32 was the best thing that ever happened to me.

I gave up on my plan for the plan of God.

If I could offer you one tip, it would be this: Find things that will encourage you and do it Even it if seems silly to others.  I printed sayings, scriptures and words to songs and posted them all over the house.  Yes, in in my fridge.

Here are a some of my favorite scriptures:

“Trust the Lord with all your heart.  Don’t depend on your own understanding.  Remember the Lord in everything you do.  And he will give you success.”  Proverbs 3:5-6

“We know that in everything God works for the good of those who love him.  They are the people God called, because that was his plan.”  Romans 8:28

“My God will use his wonderful riches in Christ Jesus to give you everything you need.”  Philippians 4:19

Here are a few of my favorite songs:

God of this City – Chris Tomlin

Praise you in this Storm – Casting Crowns

Whom Shall I Fear – Chris Tomlin

I pray not only will these scriptures and songs encourage you, but my story as well. Dealing with PCOS is not fun; it takes a toll on your body and takes a toll on your marriage, and your relationship with Christ. But God…He is faithful to lead us down His plan for a family, once we lay down our plans.

If He did it for me, He can do it for you! Be encouraged.

tell a friend check out the book for much more